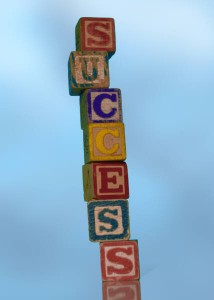 Does success have to mean bigger, better, or more? Is it always about the numbers? Followers in social media? Book sales for authors? Class standard-of-learning scores for teachers? All these successes are good and can make things happen, but they often inflict struggles, worries, and hectic living. 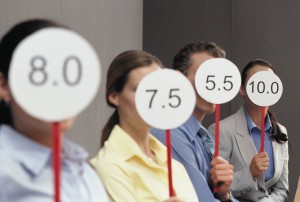 Could we be satisfied with low-stress, joy-producing successes? Could we allow success to be something we don’t expect?

On the series, Castle, mystery novelist Richard Castle asks Detective Kate Beckett, “Do you think we actually saved the world?” (They did.) Kate answers, “I think that we saved a little girl’s life, and that’s enough for me.”

If we think (or pray) about why we’re doing an activity, decide it’s the right thing to do, and prepare for it the best we can, any success associated with it can be enough.

1. At least one person makes a mental connection from your activity’s message that changes their understanding for the better.

I presented a Christmas Bible lesson for 12 young male prisoners in a stainless-steel lunchroom where the stools were bolted to the table. As I told Jesus’ birth story, I moved the key 12-inch figures of a nativity set to the forefront in little vignettes. The cadets listened intently. 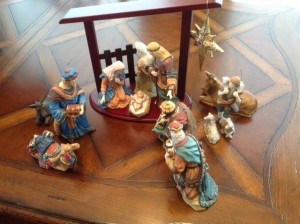 Then we broke into discussion groups. The young men discussed what they’d do if they were in Joseph’s situation. When Joseph learned Mary was pregnant, he planned to quietly break his marriage pledge to her. Joseph wanted to avoid exposing Mary to public disgrace. After the angel, Gabriel, spoke to Joseph, Joseph obeyed God’s commands. He married Mary, a virgin, and abstained from intimate relations with her until the world’s Savior was born.

One cadet seemed confused. I answered a couple of his questions. He became reflective while I moved the others on to another lively activity. During the chaos, he approached me and touched my arm. Just the two of us were in a little vignette of our own with the buzz of the other cadets fading into the background around us. His eyes sought mine, and he asked in a soft voice, “Was Jesus born on Christmas?” I joyfully told this young man, who was on the verge of putting Christ into Christmas, an encouraging yes.

2. At least one person considers that what you do makes them a better person, employee, or friend.

As a health actuary, I evaluated financial risk for my employer. The Actuarial Division was challenged to acquire the information needed from the hospital negotiators to produce better company financial forecasts. The negotiators were reluctant to share confidential data. They claimed they didn’t have time to put together numbers for us.

I had an idea how we could help the negotiators and get the information we needed for our forecasts. My boss gave me the go ahead. 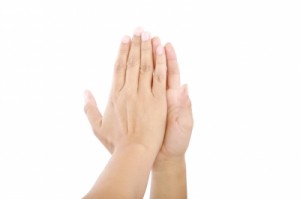 My team delivered good hospital data to the negotiators so they could produce better proposals. Leary at first, the negotiators soon depended on our data. My team then built interactive spreadsheets the negotiators could enter hospital rates into and quickly produce contract scenarios. They in turn trusted us with their confidential information, sought us for analysis, and on occasion, invited us on negotiations.

When I announced my retirement, one negotiator cried out, “NO!” He thought what I did made him a better negotiator.

What results have you considered successes?

← Prev: 5 Reasons I Don’t Care I Lost Money Self-publishing Next: Increase Your Value: Be Able to Lead Activities on the Spur of the Moment →

5 Tips on Building Relationships For Your Success

**Welcome to my blog on my new website (zoemmccarthy.com). I hope you enjoy the new look!** “If you give to others,...

3 Ways to Pay It Forward in Your Creative Career

“You can’t live a perfect day without doing something for someone who will never be able to repay you.” —John Wooden...