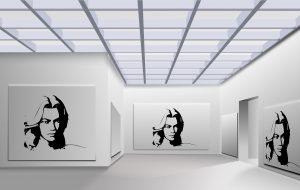 I’ve heard readers dislike weak female characters. Recently, I published, “Show Your Character’s Wounds?” Together, these ideas may confuse writers. They may ask: Can wounded heroines be strong female characters?

First, I’ve compiled a list of traits I believe belong to a strong female character. 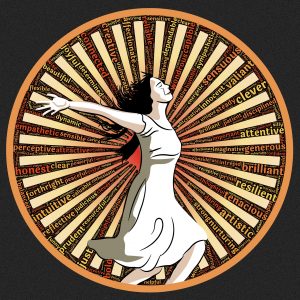 ♥ is independent but knows when to seek advice or help

♥ rises to challenges, whatever her environment is

♥ is intuitive, book smart, common-sense smart, or all three

♥ has at least one competency

♥ empathizes; helps others or contributes to society

♥ stands up for what she believes in

♥ is flawed but grows

♥ has inner strength to face trials and survive

♥ is essential to the story through her strengths and weaknesses

♥ is the lead; other characters support her

A Heroine With Wounds

A wounded heroine can meet the above criteria, but her wound has caused a flaw. It’s key she outgrows that flaw or doesn’t allow it to paralyze her. 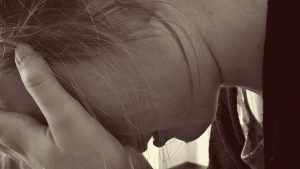 For many wounds, The Emotional Wound Thesaurus by Angela Ackerman and Becca Puglisi gives “OPPORTUNITIES TO FACE OR OVERCOME THIS WOUND.” I list three wounds and give examples of what a strong female character does to show she’s overcome her past wound.

HOME INVASION. When Ann was a child, a thief entered and stole precious items from her house. Early in the story, Ann obsesses over recovering a family heirloom after learning the sale was shady. Now, a fire demolishes Ann’s possessions, including the heirloom. But saving things never enters Ann’s mind while she rescues her daughter. As she hugs her daughter, she sees the heirloom as insignificant. Ann’s wound becomes a scar.

PHYSICAL ASSAULT. When Ella was a teen, a man attacked her. Leery of men’s intentions, Ella doesn’t go out with men alone. Then, she double-dates and enjoys Eric’s company. After dating Eric several times alone, her trust develops. She accepts a client’s dinner invitation to discuss business. He becomes drunk. At her car, he makes advances. She tells him to leave. He persists. She grabs his arm and warns him she’s learned how to defend herself. She asks if he wants to suffer the pain she’s ready to inflict. He staggers away. Ella learns there are safe men, and she can stand up to others who aren’t. Her wound shrinks to a scar.

A PHYSICAL DISFIGUREMENT. Kate has eye pupils shaped like keyholes (coloboma). She doesn’t mind people asking about her condition and is glad to explain that from birth a tissue piece is missing from each eye. What bothers her is when people won’t make eye contact or fail to listen to her because they’re focused on her pupils. Now, she teases her new boyfriend about his noticeable cowlick. He sighs and says, “I was waiting for you to go after my cowlick.” Kate realizes she’s no better than the people who frustrate her. Kate’s wound fades into a scar.

How might a strong female character overcome being bullied in her past?

← Prev: Allow Characters to Feel Their Feelings Next: What a Writer Can Learn From Reading Book Reviews →