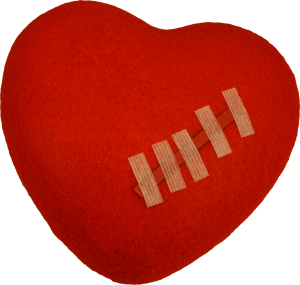 This week, I give an example of a character exhibiting a wound. I chose being stalked. I consulted The Emotional Wound Thesaurus: A Writer’s Guide to Psychological Trauma (Angela Ackerman and Becca Puglisi. For brevity, I offer a telling synopsis that depicts a woman wounded from being stalked.

Artist Lola has entered an oil painting in a contest. Damien’s oil hangs next to Lola’s. He opens a conversation. She’s glad to have the company. Damien offers a suggestion of how she could have improved her painting. His boldness surprises her.

Lola’s oil wins. Damien looks confused, then his face reddens. He glares at her and stomps away. Lola feels guilty that she’s the cause of Damien’s anger.

The next day, Lola sees Damien at an outside market. She wonders if she should wave, but decides against it. He made her uncomfortable at the art show. With the size of Chicago, she won’t see him again anyway. 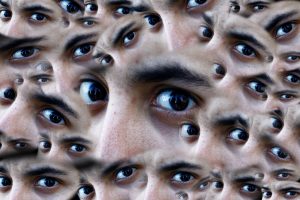 But she does—the next day in a grocery store. He doesn’t acknowledge her. She doubts the coincidence. Is he stalking her? Her skin crawls.

The following day, she spots Damien looking at a magazine at a newsstand outside her apartment building. Her heart pounds. What are his intentions?  Unless he actually does something, the police won’t stop his stalking. Why had she been friendly with Damien at the show?

After weeks, Damien begins glaring at her and making threatening gestures. She can’t sleep and is exhausted during the days. Her clothes hang on her body.

Then his stalking abruptly stops. He’s probably out of town. Or in jail. He’ll be back.

An acquaintance, Cade, asks her out. Like Damien, does Cade see how weak she is and wants to hurt her? Obviously, her judgment about men is flawed. At the art show, she should’ve recognized Damien was a threat.

Lola turns down Cade. Will her rejection upset him? She hurries home and locks the door. Is Cade lurking in the hallway outside her door? 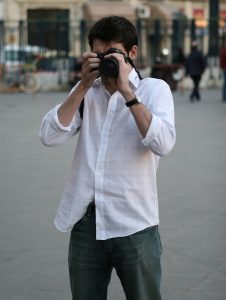 On the street, Tom, her friend from art classes, comes up behind her and covers her eyes. She screams, scaring Tom. She apologizes. Before she can stop him, Tom snaps a photo of her. Lola ends the conversation. She shouldn’t be too friendly with Tom, who looks like Damien. He could become obsessed.

Lola finds excuses to stay home from church and art class. Her best friend, Caitlyn, becomes annoyed at her frequent calls and invitations to come over. Lola needs Caitlyn to help her make good decisions about attending art shows and putting her works in galleries. She dreamed the owner of a gallery who was interested in her paintings started stalking her. 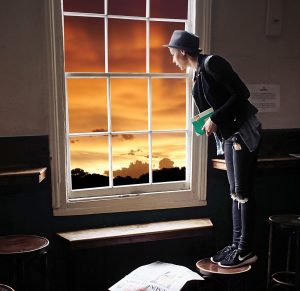 Lola hopes Caitlyn will join her at a self-defense class. Better yet, she could move. Then she could stop looking through the slits between her curtains every few minutes.

Five scrumptious e-book romance novellas, all for $0.99 or free on KindleUnlimited. The last few weeks, steadily ranked in the top 10 in Christian Fiction Collections. Here’s the link.  Here are the blurbs:

← Prev: Show Your Characters’ Flaws Next: How to Use Personal Experiences to Write Stories That Matter →