What a Writer Can Learn From Reading Book Reviews 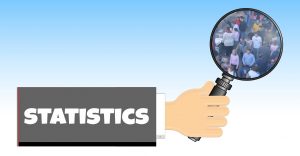 On the premise we can learn about an author’s audience from reading book reviews, I studied reviews for a Christian contemporary romance I had read. I became more intrigued by the relationship between reviewers’ issues and their star-ratings than the author’s audience.

Gabriela Pereira advises us to read 3- and 4-star reviews only (“Alpha-Blog Soup” Writer’s Digest May/June 2018). Pereira says, “5-star reviews are often too glowing to be useful, and people who leave 1- or 2-star reviews have an axe to grind.” She thought seven was the “magic number” of reviews to read to know an author’s audience.

I read sixteen 4-star reviews, breezing through story descriptions and slowing to a sloth’s-pace when the reviewer gave opinions about anything.

I’ve compiled stats below of what reviewers said about different aspects. Remember, these sixteen reviewers rated the book as “very good.” I believe the reviewers genuinely explored the story in honest reviews.

Opinions About the Story

• Plot. Eight (50%) shared their opinions on the plot. Four labeled the plot, and they gave the same plot name. Four mentioned they liked the fresh story twists; three weren’t impressed with the plot, and one gave no opinion on her plot feelings.

• Authenticity. Six (38%) said they were pleased situations and characters were realistic.

• Morality. Seven (44%) voiced concerns over moral issues in the story.

• Lessons learned. Six (38%) remarked they appreciated learning from the situations.

Opinions About the Characters 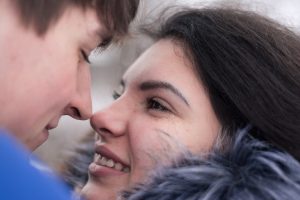 • Likeability of Main Characters. Eight (50%) cited problems with liking them. Some warmed up to them later in the story, and two said they enjoyed the story in spite of not caring for the main characters.

What struck me was that seven reviewers respectfully voiced their concerns with moral issues, three disliked the plot, and eight had problems liking the hero and heroine, yet they gave the book four stars. These opinions came from ten reviewers (63%), some having concerns in more than one of these three categories.

My exercise showed at least 75% of the sixteen reviewers were loyal to the author/series. And 63% said they were happy with the spiritual thread. This may suggest the importance of

What thoughts can you add to this exercise?

← Prev: Wounded Heroines as Strong Female Characters Next: Give Something that Intrigues You a Spot in Your Story →