Watch for the Word Some in Your Story

In my readings, I’ve noticed many unnecessary occurrences of the word some. I have to ferret out that sneaky word from my drafts. But I don’t delete all of them. Sometimes some is the correct word.

Where the word some works.

Although some works, it’s a vague word here. If how much of the book read is important to the story, a more specific word is better.

Suppose the person asking is a contest organizer talking to a procrastinating judge. The organizer will want to know how many pages out of the total number of pages the judge has read. The judge would know that’s what the organizer is seeking.

But suppose the person asking is a mother talking to a teen who needs to complete a book report. Some would be appropriate for an evading teen. The next dialogue statement from the mother might be:

“Exactly how many pages have you read?”

Where some doesn’t work well. 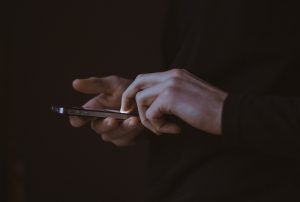 > Daryl grabbed his phone and tapped in some numbers.

< Daryl grabbed his phone and tapped in numbers.

This is more concise and punchier.

> I wish you’d write some more tips on your blog.

< I wish you’d write more tips on your blog.

> Jerry poked some ruffles on her sleeve.

This sounds like Jerry singled out particular ruffles to poke.

< He poked the ruffles on her sleeve. 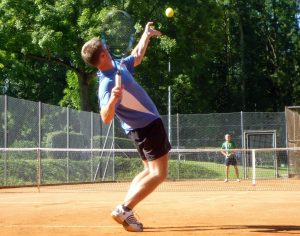 < They played some tennis before getting ready for dinner.

Some is unnecessary or, if necessary, is imprecise.

> We played tennis before getting ready for dinner.

> We played two sets of tennis before getting ready for dinner.

> She’d softened her attitude some toward him and given him hope.

Some used for degrees is vague and doesn’t add to the meaning of this sentence. It causes wordiness. The word softened already assumes a degree compared to changed her attitude.

< She’d softened her attitude toward him and given him hope.

> We have some exciting news, girls. You’re going to have a brother.

This sounds like the parents have only a part of the exciting new that they could have. Remove some, and the excitement of the statement rises.

< We have exciting news, girls. You’re going to have a brother.

What are other vague, unnecessary words?

← Prev: A Book Promotion Idea Costing Less Than $20 Next: Choosing Your Story Characters' Names - a Help and a Website. →