Show Love Without Saying “I Love You.” 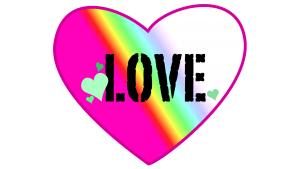 Today, I use associated behaviors from The Positive Trait Thesaurus: A Writer’s Guide to Character Attributes (Angela Ackerman and Becca Puglisi) to show Liam and Erin love each other. See if you can recognize the behaviors of love.

Liam sat on their favorite park bench. Expecting Erin fifteen minutes ago, he scrolled through the pages of an online newspaper. As approaching heels clicked the sidewalk in a hurried rhythm, he looked up. Erin’s red hair bobbed with each step. Liam rose, slid his phone into his pants pocket, and offered her a slow smile. 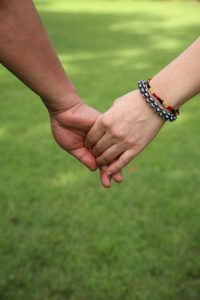 They sat. He reached for her hand and held her fingers in a loose grip. A little crease appeared between her lovely arched eyebrows. He searched her green eyes. “Everything all right?”

“It’s been one of those days.”

She touched the dimple in his chin and smiled. “You always are. I don’t know how you can be so handsome with so many ears.”

He chuckled. “So what’s your day been like, Erin?” He cocked his head, focused his eyes on hers, and listened as she related how her boss took credit for her work.

He released her hand when she needed it to express herself, then corralled it again when she calmed and sighed.

“Have you thought about taking the Mercury Street job? It sounded good.”

She searched his face. “Do you really think so?”

“I do. I think they’d appreciate your many talents there.”

“I researched their website and read all the comments. The comments alone showed they respect their employees.” He arched an eyebrow. “You may have to work longer hours, but they compensate by sharing profits with their employees.”

Erin cupped his face. “What would I do without you? You always make me feel better.”

A wide smile stretched his cheeks.

“Just checking in before I step up to the first tee.”

Erin smacked her forehead. “I forgot this is your golf day.”

“Did you need something?”

“No no.” No need to mention she’d made his favorite casserole for lunch. 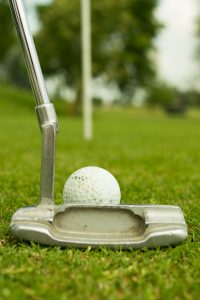 “I probably won’t play more than the front nine. I left my putter in the garage after I rewrapped the grip. Putting with my sand wedge won’t help my game.”

“I can bring the putter to you. I go by the course on my way to the grocery story.” Which she didn’t need to go to, since they would eat reheated casserole for dinner. But the guy couldn’t enjoy his outing without his putter.

“That’d be great. I tee off in ten minutes.

“Who’re you playing with?”

Erin’s gaze drifted to the romance she planed to read this afternoon. “How would you like some company? I can drive the cart while you make birdies.”

“I’d like the company, but are you sure? I bet you have plans for your day off.”

“I can think of nothing I’d rather do than spend the afternoon with you.” And oddly enough, she was telling the truth. Why read about romance when she could live it.

What behaviors have you used to show love?

Five scrumptious e-book romance novellas, all for $0.99 or free on KindleUnlimited. Ranked #4 in Christian Fiction Collections. Here’s the link.  Here’s the blurbs: