Metonymy & Synecdoche: Something Called by Another Name 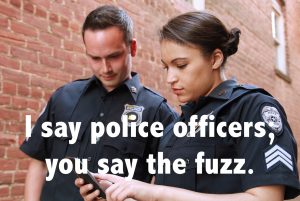 Metonymy is a word(s) that stands in for an object or concept originally called by a different name. The Metonymy has some relationship to the meaning of the originally named entity.

A woman might call a good-looking man eye candy. The man isn’t only easy on the eyes, but sweet to behold. 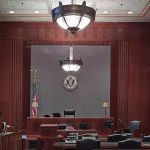 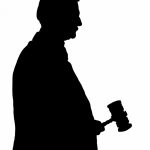 Loud hammering came from the bench. The prosecutor smirked at the uproar he’d created. (judge)

Similarly, synecdoche stands in for another word, but it must be part of the whole, or the whole of a part, of the original object or concept it represents. It can also refer to the material makeup of the originally named item. For example, people use the synecdoche, plastic, for credit cards.

Why Use a Metonymy or Synecdoche? 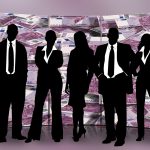 I suppose it’s time to bring in the suits. (businessmen)

To me, this says as much about the speaker as the businessmen.

Women set casseroles on the table. Each casserole had won a prize at a cooking contest. Before the meeting started, twenty casseroles covered the table.

Women set casseroles on the table. Each dish had won a prize. Before the meeting started, twenty steaming crocks covered the table. 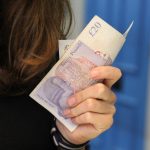 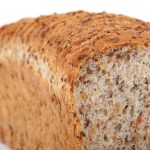 I hate that my wife has to work at that sleazy dinner to bring in the bread to keep this family from starving. (money)

The picture of bread here represents not only money but also what this family actually needs. And perhaps, the distressed husband can’t bring himself to say money and uses bread as a euphemism.

The military leaders authorized the attack.

The brass authorized the attack.

I think leaders is a general word and easy to pass over. Brass gives me a picture of the intricate “brass” work on military hats and uniforms signifying generals. 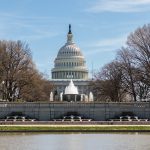 More Examples of Metonymy and Synecdoche

Would you give me a hand with this heavy box? (help)

I’ve reached two thousand friends on Facebook. (people who can see my posts, and I can see theirs) 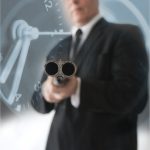 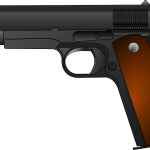 He’s only a hired gun. We want the top dogs. (assassin; most powerful persons)

He got a pink slip. (fired or a notice of termination)

It took hours to navigate the red tape. (bureaucracy)

Only Beverly Hills could get away with such outlandish behavior. (famous movie stars)

Help us. We have too many hungry mouths to feed. (people)

You’ll do a stint in the big house for robbery, my friend. (prison)

St. Marks United Methodist Church will join us for the Christmas service. (members of the church)

What are examples of Metonymy or Synecdoche that you’ve read or heard?

← Prev: Malapropism: A Sneaky Soundalike in Writing—Humor or Error Next: Aphorism: True, Short, and Witty →