A truth that is said in a quick and witty manner is an aphorism. Aphorisms don’t have to be humorous, but that’s half the reason we like so many of them. And aphorism’s brevity makes their truths easy to remember.

An example of this literary device is Benjamin Franklin’s familiar statement, “In this world nothing can be said to be certain, except death and taxes.”

To get the feel of what aphorisms sound like, here are six. 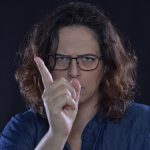 From Proverbs 21:19: “Better to live in a desert than with a quarrelsome and nagging wife.”

By William Faulkner: “A mule will labor ten years willingly and patiently for you, for the privilege of kicking you once.”

Russell Banks: “There is a wonderful intelligence to the unconscious. It’s always smarter than we are.”

Thomas Jefferson: “I find that the harder I work, the more luck I seem to have.” 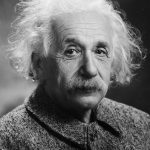 Albert Einstein: The difference between stupidity and genius is that genius has its limits.

Attribution uncertain: “If you lie down with dogs, you wake up with fleas.”

Aphorisms Learned From My Life’s Lessons

The first one is based on what I believe in writing romances about extreme opposites. The others rise from truths I’ve learned from life so far.

“Prickly people will stick it to you.”

“It’s best to ignore a boss who refuses to punctuate his email directives.” 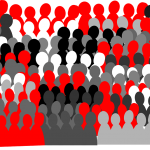 “Give colleagues what they need, and you’ll have a mob at your door.”

“It’s ludicrous to cover up the awful taste of avocados by smearing butter on them.”

Your turn. Will you create an aphorism from your life’s lessons and share it with us?

← Prev: Metonymy & Synecdoche: Something Called by Another Name Next: Hyperbatons - A Word Reversal Device That Gets Attention →