The Inciting Incident Plunges Your Character Into His Journey 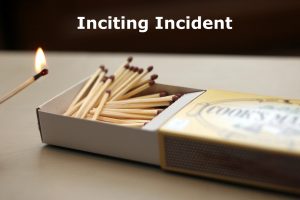 The inciting incident is an event in which something happens to the protagonist that changes his everyday life. It creates an opportunity for him to begin a journey that drives the story and exposes his true underlying problem.

Purpose of the Inciting Incident

The solution to the protagonist’s underlying problem starts with the inciting incident. This event hints at what the story is about. The heroine may have only an inkling of her underlying problem, but the event begins her transformation. The incident impels the heroine to make choices and drives her future actions. If this particular event hadn’t occurred, the story would relate a different journey. 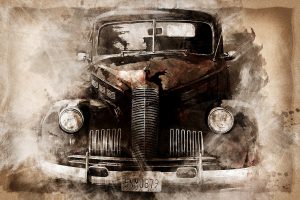 Note: The character doesn’t suddenly decide to set out on this physical, emotional, or psychological journey. The decision needs an inciting incident.

And, the incident has more impact on the reader if it’s not summarized as backstory. It works best if the reader goes through the event with the character.

Where the Inciting Incident Belongs

The inciting incident can occur before the story starts (rare), in the opening scene after showing what the protagonist’s normal life looks like (most common), or later during act one.

The Protagonist’s Reaction to the Inciting Incident

Often the protagonist is reluctant to answer the call of the inciting incident and resists it. But, he must eventually accept the call or no story exists. His acceptance may be his own choice or the result of outside forces. 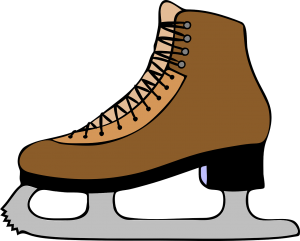 In the movie The Cutting Edge, Doug is a star hockey player. Opposing-team players crush him against the ice rink wall, and he no longer has peripheral vision in one eye. This causes professional teams to reject Doug. The macho guy’s dream of playing professional hockey is over.

The injury is the inciting incident that sets Doug on a new journey.

A figure-skating coach offers Doug a tryout with figure skater, Kate, who’s hard to get along with and forces all her partners to quit.

The hockey jock resists the sissy sport, until the figure-skating coach says he’s Doug’s last chance to stay on the ice. So, Doug goes to the tryout and, after Kate tries to get rid of him, convinces Kate’s father he’s the “go-to” guy to get Kate and him to the Olympics.

Doug fears losing the esteem of his brother and his fans back home, so he tells them he’s joined the merchant marines. We watch Doug go from feeling humiliated to being proud of his figure-skating abilities. Besides falling for Kate, he realizes what he does isn’t as important as striving for excellence in whatever he does. This is the underlying problem.

What’s the inciting incident in your manuscript or the novel you’re reading?