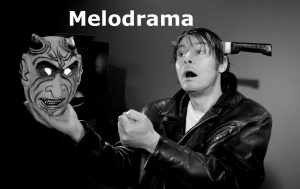 Melodrama is: “a dramatic form that does not observe the laws of cause and effect and that exaggerates emotion and emphasizes plot or action at the expense of characterization.” (Dictionary.com)

Drama is: “any situation or series of events having vivid, emotional, conflicting, or striking interest or results.” (Dictionary.com)

Melodrama can take the reader out of the story, when characters’ reactions are too exaggerated and separate the reader too far from real-life emotions. 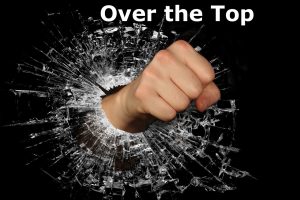 Why Writers Use Melodrama

When a woman discovers her husband stabbed to death in bed, which says more about her emotions?

Alice has had her last chance to show she’s capable of handling her dream job. Her boss fires her. Her possible reactions:

These are only a few possibilities. Whether she’s fearful, angry, or stunned, the first two distract me from what is going on inside Alice.

Reaction 3 is less melodramatic, but could be expanded to better show her emotions. The last two allow me without all the noise and action to look at Alice more closely.

In number 4, I feel her sadness and a hint of shame. In number 5, I feel a realistic progression from:

All is lost → no need to stay → does she want to say something to the boss? → no → leaves with her dignity intact. 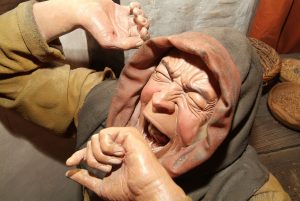 What do you find melodramatic in novels?

← Prev: The Inciting Incident Plunges Your Character Into His Journey Next: Non-Fiction: Novel Ways to Spice It Up →