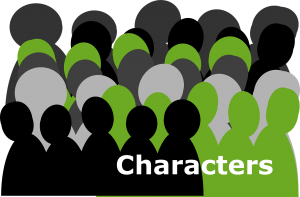 A common first-chapter problem is introducing too many characters in the first scene. This can also be a problem for later scenes.

At Mom’s wake, Millie’s brother, Don, introduced his college roommate, Mark. Before Millie had a chance to say more than hello, Sally and Vera, her mother’s closest friends approached and threw their arms around her. Extricating herself from Mom’s chums, Millie caught a glance of Ron over by the shrimp platter. She needed to speak to him. Of course, Mom’s cousin Emma, had to come. Emily, her daughter, followed her everywhere. 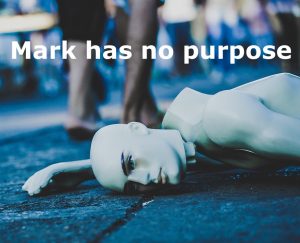 Millie’s chest caved. Couldn’t Don have honored their mother and come to her wake sober? Millie turned her sisterly glare into a smile as Mom’s closest friend Vera approached with outstretched arms. Vera’s arm flab flapped as she waddled closer. Extricating herself from Vera’s bear hug, Millie caught sight of handsome Erik half hidden by the oriental screen. Was Erik avoiding their needed conversation?

Best Rewrite: Now have moments spaced throughout the scene in which these 4 characters hint at or show their long- and short-term purposes to the chapter and story.

What other suggestions do you have for introducing characters?

← Prev: Story’s Black Moment: Make Sure It’s Black for a Red-Hot Reason Next: Your Story’s Opening Line: Look for the Mystery →