Allusion: A Literary Device Used in a Passing Comment 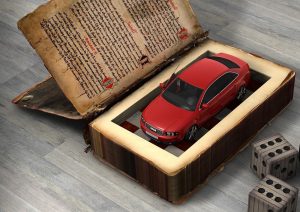 “Twenty dollars! Put the book back, Allison.”
Allison returned the book she’d wanted to buy for her grandmother to the shelf. “You’re such a Scrooge, Lane.”

Miser Scrooge from A Christmas Carol by Charles Dickens is the reference. 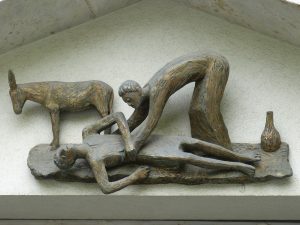 Jackson ended the phone call, dropped his hoe in the garden, and headed for the house. “I’m taking Mrs. Santini to the doctor.”
He didn’t like it, but we called him the Good Samaritan of the family.

The Good Samaritan references a parable Jesus told about a man from Samaria being the only passerby who helped a man who lay beaten and robbed on the side of the road.

Angie opened the box and groaned. Alex knew doughnuts were her Achilles’ heel.

In Greek Mythology, Achilles’ mother dipped him into a river that had special powers to protect him from his foretold early death. But where she held him by his heel was unprotected, and Achilles died from a poisonous arrow shot into his heel—his weak spot. 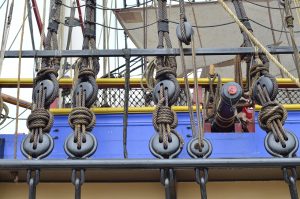 Cannon’s breaking loose from their moorings on ships of yesteryears during battles or storms and causing damage to the ship or crew is the reference. The phrase often alludes to an out of control person.

It was a dark and stormy night.

The opening phrase of the 1830 novel, Paul Clifford, by Edward Bulwer-Lytton is the reference.

An allusion can make a thing or event easy to understand in few words. Click to tweet.

What’s a common allusion you’ve used in speech or writing?

← Prev: What’s Important in Writing Short Stories Next: Euphemism: Toning Down What You Write →