When You Should Grace Your Stories with Telling 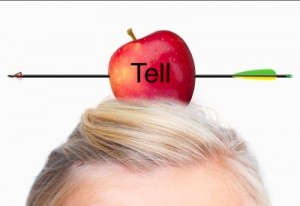 Show, don’t tell, is pounded into the pores of writers. In last week’s post, we observed how showing instead of telling brings the reader into the story. But we mustn’t overdo the showing.

Would you’ve gone to these lengths to SHOW in these situations?

My Rewrite 1: Marla’s gaze trailed his retreat, her face taking on a more and more puzzled look with each of his steps. When he turned the corner and was gone, she rotated her body around toward me. “What’s he up to?”

Actual Excerpt from Word Gets Around by Lisa Wingate:

Marla watched him disappear down the hall, then swiveled toward me. “What’s he up to?”

The “pop-action thriller star” has just told his miffed assistant, Marla, to tell his waiting manger to “chill” and then leaves. 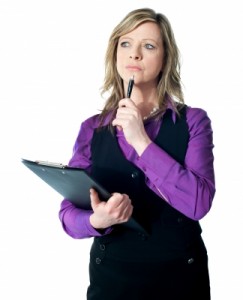 My rewrite showing what Marla looks like as she watches the star leave is overdramatic and slows the forward motion of the moment. Wingate’s telling us that Marla watched him is enough.

Wingate’s “disappear down the hall” is good because to me the word disappear is probably what the star wants to do when surrounded by demanding assistants and managers. My mention of his steps in showing Marla’s watching added little.

Wingate’s “swiveled” trumps my showing Marla rotating her body around.

The “What’s he up to?” dialog is enough to show Marla’s curiosity without my repetition of showing her puzzled face.

Wingate “showed” much by choosing her words carefully and using the telling word “watched” to move things along.

My Rewrite 2: Watterboy crouched over, extended his weapon before him, sweeping it to the left and to the right, and rushed to the man. He patted the man’s body for weapons while Heath scanned the area around them.

Watterboy moved in to search the man while Heath kept watch.

Comments: This is a fast-paced prologue. Kendig keeps her sentences short and peppered with “military” words. If she goes into many showing descriptions, the reader will have too much time to rest. That’s a no-no for an action scene like this one. 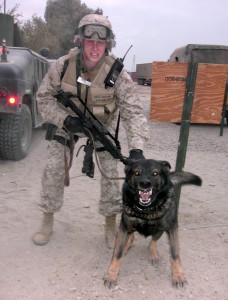 Kendig chooses her showing moments carefully. In this case, she chooses to use “military-friendly” telling terminology to keep the action going. Her “moved in” is an understood term used in such a military operation that naturally depicts the careful movement I showed. The same goes for “kept watch.”

Kendig keeps her showing concise and uses it on the more important characters, such as Trinity the war dog and her partner, Staff Sergeant Heath Daniels. The man Watterboy approaches is only one stop in the action and not worth trading off moving the action along for showing.

For what other reasons, besides moving the story along by avoiding insignificant showing, do you think telling is appropriate?

← Prev: SHOW Your Readers Your Love—Don’t Just Tell Them Next: 13 Guidelines for When to Start a New Paragraph in Your Story →