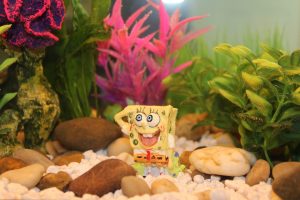 Personification is assigning human traits to inanimate objects, ideas, or phenomena. Inanimate means non-living things—breathless and pulseless. Personification is called anthropomorphism when it is applied to animals.

the sun kissed the ocean

the sun smiled down on them

the hamburger was calling my name

How to Use Personification

♦ Decide if something nonhuman in your story warrants special attention. We expect a certain amount of description, but when it’s personified, it will pop out to the reader and stop him long enough to imagine the description.

The flooding waters swallowed the last bit of dry land.

Eric passed the house, the barn, and the pond that swallowed much of the yard and then entered the shed.

For Eric making his way to the shed in the second example, I think the personification of the pond adds little and slows the pace.

♦ Decide on the personification’s purpose.

◊ Is it to bring an inanimate thing to life as a character in the story? It will probably need more than one human trait.

A haunted house: For its twisted intent, the spiral staircase beckoned visitors to climb to the second story.

The wind: The wind rushed the house again and again, then halted. It stood silent and still. I didn’t trust it, fearing it loomed outside my door with its saber raised high ready to slice through me when I made a mad dash to my truck. 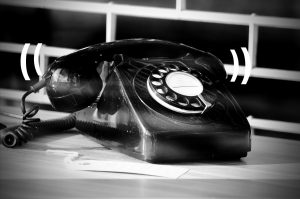 ◊ Does the nonhuman entity have meaning to the character—fondness, security, or hatred?

A constantly ringing phone that too often brings bad news: The haranguing desk phone demanded I answer it again. I’d had enough of its ranting. I pulled its lifeline from the wall and strangled it with the cord.

◊ Is it to help set the mood of the scene?

Oppressive heat and humidity: The sludgy air crawled around the corner of the house and pushed the mercury up inside our window thermometer to the bursting point.

◊ Or is it simply to add interest to description?

♦ Choose human traits or qualities that accomplish your purpose.

Use personification to give inanimate things human traits for a purpose in your story. Click to tweet.

How have you used personification in your stories?

← Prev: 9 Techniques to Foreshadow a Truth or Event Next: What’s Important in Writing Short Stories →