Enliven Your Dialogue with This Easy Exercise 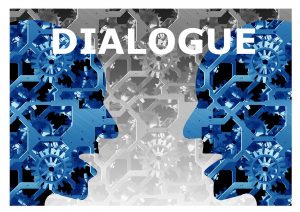 What you can learn about dialogue from actual conversations is amazing.

Recall a discussion you’ve had that contained conflict. Write the dialogue down as close to what was said as you can.

I had this dialogue with my husband this morning: 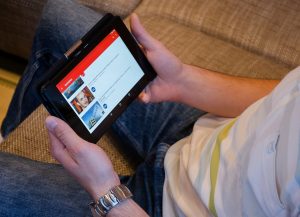 Me: (descending the stairs) “Are you going to eat breakfast?”

Me: (after performing breakfast and other tasks while he continues to read his iPad) “Well, I’ve done all the tasks I can think of down here.” (my foot on the bottom step) “Call me when you’re ready to have breakfast.”

John: (closing his iPad cover) “I’ve been waiting on you.”

Me: “Me? When I come downstairs that means I’m ready for breakfast. I’ve been doing tasks down here until you were ready.”

John: (rising from chair) “I’ve been waiting on you. You haven’t cut your apple yet.”

Me: (pointing to table) “It’s already on the table.”

Me: “I’ll try to be more specific when I come downstairs for breakfast in the future.”

What did I learn from this dialogue? 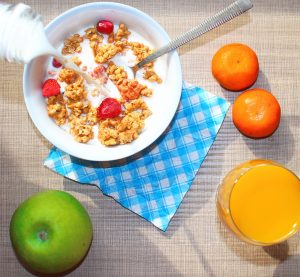 1. We don’t always say what we mean. I asked if he was going to eat breakfast because that’s the question he usually calls upstairs to me. Sometimes I skip breakfast. But he always has breakfast. What I wanted to know was whether he was ready for breakfast.

2. We use our actions to speak for us. I’d hurried downstairs because I didn’t want to keep my husband waiting for breakfast. When he didn’t rise immediately, I retrieved our breakfast items and performed other tasks. All obvious activities showing I was ready to eat. Wrong.

3. We create conflict through what we say. Instead of asking him if he was ready, I brought out my big gun. I told him to call me when he was ready.

4. We may speak truth from our perspective, but it doesn’t mean we’re right. John was waiting on me, but he was basing this on his expectation I would cut apples.

5. We can choose to keep the conflict going. I had ammo in my gun: I had apple slices on the table.

6. We become easily defensive by tone. When I pointed to my apple slices with my ta-da! attitude, John shifted blame. How was he supposed to know I was ready if I didn’t cut apples?

7. We may understand the other person, but we don’t want to give in. I could’ve said, “I should’ve told you I was ready.” Instead, my apology was a droll statement.

Much subtext occurred during our dialogue. It also showed the woman wanting the man to be in tune to her and know her wants. It depicted the man enjoying his “newspaper” and expecting the woman to tell him what she wants.

What have you learned from actual dialogue that you used in a story?

← Prev: Readers Have Goals Too – Satisfy Them Next: Readers Thrive on Tension – So Make It Worse →