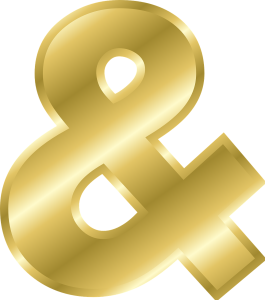 First, let’s look at syndeton and the examples we’re most familiar with.

Syndeton is the coordination of elements in a sentence, generally with a conjunction, such as and, or, but, for, nor, so, yet. The conjunctions can be used between words, phrases, and clauses.

We’ll see how example 5 (Julius Caesar’s asyndetic quote) sounds in the three cases. Using the ending comma before the conjunction is up to you or your publisher’s preference.

Asyndeton is the absence or omission of conjunctions between the parts of a sentence requiring coordination. 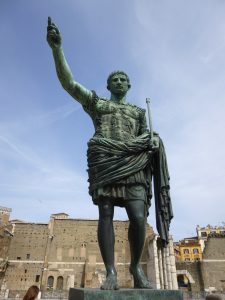 2. I’m the best candidate—I’m a woman, I know what’s right, I can make progress happen.

3. She told me the materials needed were paper, paints, glue, a ruler, …

4. I will love you today, tomorrow, forever.

The Importance of Asyndeton

Asyndeton is usually used to speed up a passage, emphasize the relations among the listed elements, and drive a reader toward a conclusion. It can give a sense that the list of similar elements has been left unfinished, i.e. there’s more, or the speaker has forgotten the rest as in example 3. Its style can make the sentence pop and be more easily remembered as in example 5.

Polysyndeton is the repeated use of the same conjunction, which is sometimes unnecessary. 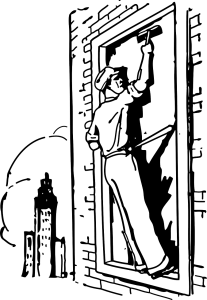 1. You can choose pudding or cake or pie or bed.

2. Visitors to the museum will find historical clothes and furniture and weapons.

3. A successful romance involves understanding the differences between men and women and filling the story with conflict and presenting a happy ending.

4. The job entailed dusting all surfaces and vacuuming the garage and ironing sheets and polishing the silver and washing windows. No wonder she didn’t take the job.

Polysyndeton slows the rhythm of the passage. Although it can make a sentence or paragraph painstaking to read, it works well when the passage is about something that’s tiresome as in example 4. Polysyndeton can give the sense of meticulousness.

From this passage in the Bible, Philippians 4:8-9 (New International Version), the Apostle Paul gives an example of asyndeton and one of polysyndeton.

Finally, brothers and sisters, whatever is true, whatever is noble, whatever is right, whatever is pure, whatever is lovely, whatever is admirable—if anything is excellent or praiseworthy—think about such things. Whatever you have learned or received or heard from me, or seen in me—put it into practice. And the God of peace will be with you.

Why have you veered from syndeton and used asyndeton or polysyndeton?

← Prev: Amplification: Embellish What You Just Wrote With More Information Next: Circumlocution - Bore Readers with Overkill, or Not? →