A Smart Strategy: Let Readers Write Portions of Our Stories

“Radio shows of old … Listeners heard simple sound effects and limited descriptions, then filled in the details in their minds. Suddenly they were no longer sitting in front of a radio—they were there.” —Marie Lamba 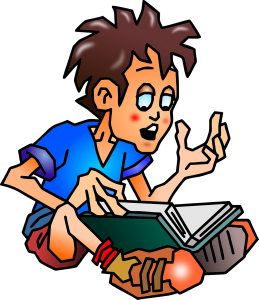 Let readers help write our stories? In the September 2015 Writer’s Digest article, “Reader Is My Copilot,” Marie Lamba convinced me that too much description kills a reader’s engagement.

Why? Lamba says readers have the ability and need to co-create to stay engaged.

How? Lamba holds that when writers mention a scene, readers have a set of images most people have in common. 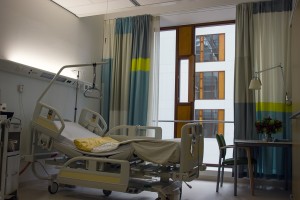 I imagined a hospital. Here’s images, smells, and sounds most people would picture:

Lamba suggests writers: “Take that information as a given and then trim your description, leaving room for those common images to fully materialize in the reader’s imagination. You can insert some establishing details, and point out something atypical if needed, but otherwise keep things lean. Now, suddenly, the reader finds himself helping to form the scene.”

This made sense. Instead of being told what I already picture about a hospital, I can get on with story. And, I’ll probably notice “establishing” and “atypical” details.

Lamba suggests that letting readers use what they already know about feelings works similarly. Writers should never tell readers the emotions characters feel. Giving “the tone of her voice, her gestures and expressions, and her reactions” will trigger the reader’s “vast emotional vocabulary” to interpret a character’s feelings. To me, Lamba confirms the show-don’t-tell principle here. 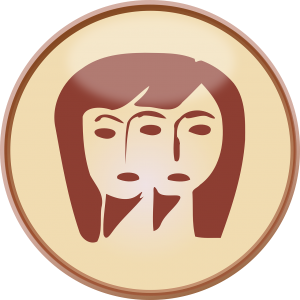 Here’s an example from the heroine’s point of view in my novel, Calculated Risk. Suppose I wrote:

Here’s how I wrote it:

Fannie passed Fran a paddle. “Why do Fran and I always have to be partners?”

“Because apart, you’re klutzes,” Tony said, “but together you manage to keep the ball on the table more often than not.”

Fran whacked Tony’s arm with a paddle, and he yelped.

Finally, Lamba applies her theory to a character’s thoughts once the reader has gotten to know the characters. She suggests writers then avoid overstating thoughts and plans, because readers have acquired “insider knowledge” they’ll use to get inside the character’s mind. 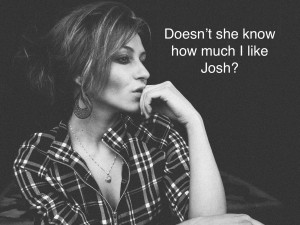 Example (mine): A reader has spent several chapters with two best friends. She knows one’s a worrier and the other’s a true friend. The writer might use this conversation that leaves out the point of view character’s thoughts, to engage the reader to fill in both characters’ thoughts:

“What’s going on with you and Josh?”

“We’ve traveled too much road together for you to go there.”

“Yes. Then you won’t ruin the best day of your life.”

How do you feel about limiting details in description and character’s thoughts?

← Prev: Overwhelmed Revising Your Book? Revise in These Bites Next: 10 Devices to Increase Your Story’s Pace →