7 Examples of Writing Great Word Pictures for Your Stories

“For me, a page of good prose is where one hears the rain and the noise of the battle. It has the power to give grief or universality that lends it a youthful beauty.” —John Cheever 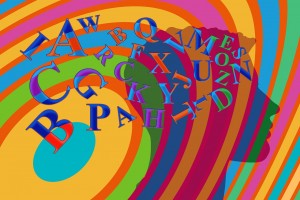 Sometimes a strong noun or verb is insufficient to evoke much in our readers. Word pictures take time to write, but if succinct, they bless readers’ experiences.

1.  “She strutted ahead, stabbed the wooden stairs with her spiked heels, and unlocked the front door.” Dry as Rain by Gina Holmes

“Stomped up the stairs” would’ve left out much about the woman with OCD.

2.  “Did she dare? She knew Aunt Nita wouldn’t begrudge her a piece of canvas. But painting again…could she recapture that girl who was willing to open her eyes wide enough to see past the boundaries of have-tos and shoulds and let color spill into something more than all the right places and shapes? Maybe it had been too long.” Wish You Were Here by Beth K. Vogt

This rewrite wouldn’t have captured the nostalgia: But could she paint again like the girl she used to be, one who didn’t follow all the rules? 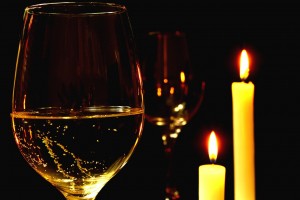 3.  “There, in the shadows, stood our patio table set for two. She’d adorned it with a tablecloth and the silverware she only dragged out on holidays. Cloth napkins fanned out from empty wineglasses, which were paired beside crystal goblets of water. Candlelight flickered up from the center of the table and the iron sconces that hung on the brick wall behind us. Balmy night air wafted in through the screen, making the flames bend and bow.” Dry as Rain by Gina Holmes

Phrases like: “the good silverware;” “napkins were stuck in empty wineglasses next to goblets;” and “candles and wall sconces lit the area” would give setting descriptors. But they’d fail to set the mood or tell anything about the character’s wife.

4.  “As the sun sets, the cabin gets dark inside, too dark to read. He didn’t pay the electric bill again. I hope he pays it before Christmas or I won’t hear the songs on the radio.” Words” by Ginny Yttrup

I feel the loneliness of the child, and I don’t like her missing mother’s boyfriend. 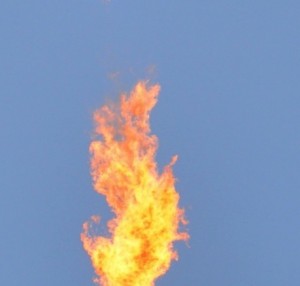 5.  “Even the wind held its breath as the gathering of warriors stood solemnly around the altar at the stern of the ship. No part of the wooden deck was sheltered from the high sun burning unchallenged in a cloudless sky. The victory fire, renewed with faggots of oak and rowan, licked at them with hungry forked tongues.” Maire by Linda Windsor

I feel the heat!

6.  “Mother turned to Daddy and tried to smile, but it was little more than a ripple of sorrow passing over her lips.” Sweet Mercy by Ann Tatlock.

A fresh way to show a sad smile.

Much better than: He smiled slowly.

How would you rewrite the following? The carousel took him back to another time.

← Prev: How to Write Intelligible, Uh, Utterances in Your Stories Next: Things to Consider in Selling Your Book at Festivals & Flea Markets →