“Like everything metaphysical the harmony between thought and reality is to be found in the grammar of the language.” —Ludwig Wittgenstein 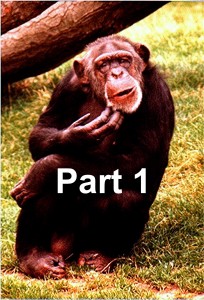 Often grammar books and publishers differ in on how to handle grammar rules. Sometimes it’s hard to find the answer. (I’ve thumbed through books to see if anyone else was in my predicament.)

In a 3-part series over the next few weeks, I’ll mention acceptable ways to write some phrases that might have puzzled you. Whichever you choose, be consistent throughout your manuscript. Your publisher may have a preference.

“Will you ask Mr. … ?” (software generated ellipse; space after ellipse)

“Will you ask Mr. …?” (software generated ellipse; no space after ellipse)

You add the period to Mr, add a space, type in an ellipse, and end with a question mark. (The Chicago Manual of Style (CMOS) shows the space between the ellipse and the question mark.)

If it isn’t a question:

Note: No punctuation after the ellipse in the statement case, and no space between the ellipse and the ending quotation mark.

Here are acceptable cases, starting with the woman speaking aloud. 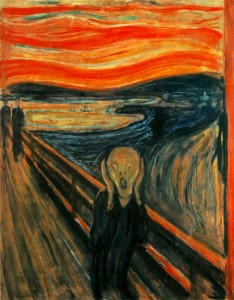 “Stop it!” she thought. (quotation marks; not in deep point of view)

She thought, stop it! (no quotation marks; not in deep point of view)

No comma is used. (Use commas when there’s a pause.) (CMOS)

5. You want to use the word which.

Here’s how to write it under various cases. Watch for commas and no commas. (CMOS)

He didn’t know which way to go

After her blunder, her cheeks flamed, which added to her embarrassment.

He always gushed over how pretty I was. Which was a pack of lies.

He always gushed over how pretty I was—which was a pack of lies.

(The last two examples could be written as one sentence with a comma after was.) 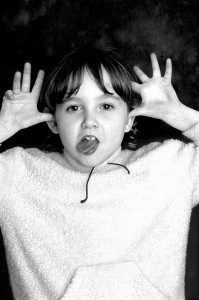 Our family reunions were always the sort at which my cousin tortured me with snide comments.

I was stuck in a situation for which I hand no solution.

What issue have you had a hard time finding in a grammar book?

← Prev: 5 Easy Techniques to Bulk Up a Paper-Thin Character Next: 5 Cases: How to Write Infrequent Phrases - Part 2 →