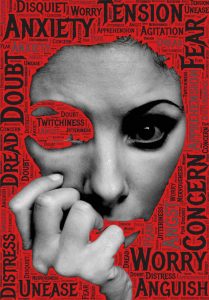 I heard about an exercise to increase tension in which participants wrote a situation, then were told 10 times in succession to make the circumstances worse. Sometimes, we writers are too quick to be satisfied with the tension we’ve created. But the exercise showed participants—short of death—the payoff for the reader could be greater.

Let’s see how this exercise might work while formulating an idea for a short story.

Exhausted from her long shift at the hospital, Leah rides a bus to the park-and-ride lot. All she wants is to relax at home with her son, Grayson, and husband, Anton.

4.  Dilly says she’d hate Grayson to meet with an accident. Finch can go berserk. Alarmed, Leah demands to know what Dilly means. Dilly replies the only sure way Grayson won’t have an accident is for Leah to supply Dilly with drugs from the hospital where Leah works. Leah realizes Dilly’s presence on the bus is no accident.

5.  Dilly laughs at Leah’s stunned expression. “Relax. I don’t want drugs. But I am tired of stealing your men from you.” Shocked, Leah says she doesn’t understand. Dilly says Anton was easy to seduce, but now he doesn’t want her anymore. With a wild-eyed gaze, Dilly says, “No one dumps me.” Leah begs Dilly to reveal why she’s bent on ruining Leah’s life. Dilly replies, “Your mother should’ve never taken Daddy away from my mom and me.” Leah claims Dilly is lying. Dilly raises an eyebrow. “Don’t worry–darling sister—I’m through taking your men, because as of this afternoon, I’ve got Grayson. Finch will enjoy his cousin. You’ll never find us or see Grayson again. He’s mine.”

What tips do you have to increase tension?

What you can learn about dialogue from actual conversations is amazing.

Recall a discussion you’ve had that contained conflict. Write the dialogue down as close to what was said as you can.

I had this dialogue with my husband this morning:

Me: (descending the stairs) “Are you going to eat breakfast?”

Me: (after performing breakfast and other tasks while he continues to read his iPad) “Well, I’ve done all the tasks I can think of down here.” (my foot on the bottom step) “Call me when you’re ready to have breakfast.”

John: (closing his iPad cover) “I’ve been waiting on you.”

Me: “Me? When I come downstairs that means I’m ready for breakfast. I’ve been doing tasks down here until you were ready.”

John: (rising from chair) “I’ve been waiting on you. You haven’t cut your apple yet.”

Me: (pointing to table) “It’s already on the table.”

Me: “I’ll try to be more specific when I come downstairs for breakfast in the future.”

What did I learn from this dialogue?

1. We don’t always say what we mean. I asked if he was going to eat breakfast because that’s the question he usually calls upstairs to me. Sometimes I skip breakfast. But he always has breakfast. What I wanted to know was whether he was ready for breakfast.

2. We use our actions to speak for us. I’d hurried downstairs because I didn’t want to keep my husband waiting for breakfast. When he didn’t rise immediately, I retrieved our breakfast items and performed other tasks. All obvious activities showing I was ready to eat. Wrong.

3. We create conflict through what we say. Instead of asking him if he was ready, I brought out my big gun. I told him to call me when he was ready.

4. We may speak truth from our perspective, but it doesn’t mean we’re right. John was waiting on me, but he was basing this on his expectation I would cut apples.

5. We can choose to keep the conflict going. I had ammo in my gun: I had apple slices on the table.

6. We become easily defensive by tone. When I pointed to my apple slices with my ta-da! attitude, John shifted blame. How was he supposed to know I was ready if I didn’t cut apples?

7. We may understand the other person, but we don’t want to give in. I could’ve said, “I should’ve told you I was ready.” Instead, my apology was a droll statement.

Much subtext occurred during our dialogue. It also showed the woman wanting the man to be in tune to her and know her wants. It depicted the man enjoying his “newspaper” and expecting the woman to tell him what she wants.

What have you learned from actual dialogue that you used in a story?

In Stephen James’s article, “Tension & Release” (Writer’s Digest – January 2015), he tells us: “Readers want to wonder, worry, anticipate, and hope.” To understand this better, I’ve tested these readers’ goals against the story of “Rapunzel” by Jacob and Wilhelm Grimm.

For each turn in the story, here are the reasons I thought they satisfied readers’ wants.

Hope this situation will change.

Wonder how this new goal will affect her baby goal.

Worry what horrible thing will happen to him?

Wonder whether he’ll at least negotiate something better for the sake of his child.

Worry this child will live forever by herself with nothing to do.

Hope someone will come and save her from such a life.

Anticipate. He’ll be able to climb up to Repunzel, and they’ll fall in love.

Worry what the sorceress will do.

Wonder how the prince will find Repunzel.

Wonder and worry that a happy ending won’t happen.

I think satisfying readers’ wants to wonder, worry, anticipate, and hope is crucial for any size or type of story.

Which, if any, of these readers’ wants caused you to stop reading a book? Why?