Write Inner Dialogue That Speaks to the Reader

“Since long passages in italics are a pain to read, you can only use this technique effectively for passages no longer than a sentence or two. Even this brief passage is too long, don’t you think?” —Renni Browne and Dave King (Self-Editing for Fiction Writers) 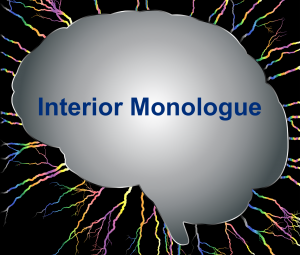 Interior monologue (aka: direct and indirect thoughts, inner dialogue, and internal dialogue) presents the characters’ thoughts. It gives the reader information that actions can’t, or can’t do as well, such as:

No matter what Ellen did, he’d never let her know she’d gotten to him. But man, this heart pain made fooling her harder every day.

Mom, Melissa, and Daniel had deserted her one way or another. What now?
A butterfly landed on her muddy shoe. Was it a sign of a brighter tomorrow?

Allie studied the woman, her mannerisms, and her clothes. Some day, she’d be that woman. No doubt about it. All she needed was one little break.

If only Zena recognized how co-dependent she was to Mark. But tell her so? What good would that do? She’d launch into a monologue on Mark’s needs and how she was the only one who could help him.

“Wow. Incredible.” More like in-crud-of-bull. How much longer was he going to have to listen to this guy? 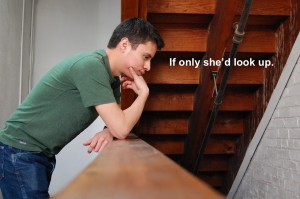 “I’ve had enough, Marisa. Do what you want.” It‘s your life, Anthony thought as he strode from the room.

Marisa stared at the spot Anthony had vacated. Do what I want? He’d never done what she wanted. She remembered the time she wanted to go to the movies but he didn’t want to. What she really wanted was to become his wife. But he’d given no indication of proposing to her. Anthony always did exactly what he wanted to do, like buying the sports car that ruined her hairdo.

He wasn’t the only one who’d had enough. I arranged to teach overseas because I’m tired of waiting. She wished he’d come to his senses and just ask her to marry him. 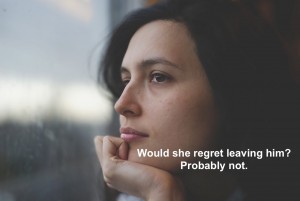 “I’ve had enough, Marisa. Do what you want. It’s your life.” Anthony strode from the room.

Marisa stared at the spot Anthony had vacated. Do what she wanted? Well for starters, she wanted to become his wife. But a woman needed a proposal to do that, right?

And how could he say he’d had enough? That was her line. Was he so obtuse he couldn’t see she was done waiting, the whole reason she’d decided to teach overseas? If he had a better solution to preserve what little self-respect she had left, she’d like to hear it. And it’d better start with him dropping to one knee.

What do you look for when you edit interior monologues?