“I look for ways to purposely write myself into corners and then use them to my advantage.” —Steven James (Writer’s Digest July/August 2015) 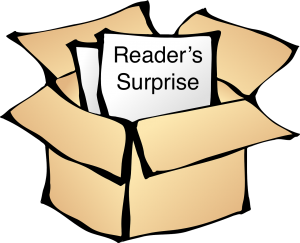 While writing a scene, I realized it was turning into a cliché for a Christmas story. Snow falls and the couple builds a snowman or starts a snowball fight. I thought, “Will you, much less your readers, be satisfied with that?” 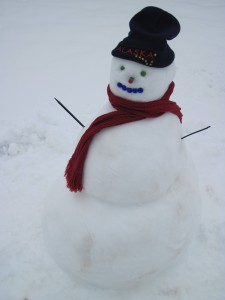 To my surprise as I typed more words, the hero suggested a twist mid cliché. Something told me not to backspace through the paragraphs leading into the cliché activity. I allowed my hero to switch from the familiar pursuit to an activity I’d done in my past. Something most characters don’t do in a Christmas story.

I added this idea to my scene checklist:

Sarah pulled herself into a sitting position and rested her back against the headboard. If she didn’t overcome this illness soon and help Clay in the fields, they’d lose much of the crop. They still didn’t know if the drought had hurt the wheat. As it was, the proceeds would barely be enough to pay their bills.

She slid her legs over the edge of the bed. When she stood, lightheadedness and nausea seized her, and her knees wobbled. She crawled into bed. Clay didn’t need to come home and find her on the floor. He already spent too much time worrying about her slow progress. 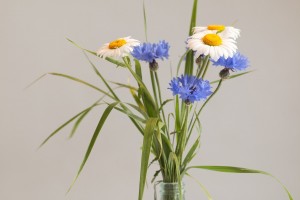 As she stared out the window, a tear rolled to her jaw. In the distance, Clay strode in from the fields for lunch. She grabbed her comb from the bedside table and went to work on her tangled hair. Was that flowers he was carrying?

The door opened and paper rustled in the other room. What was Clay doing?

Clay clomped into the bedroom and held out the flowers concealed in a sheet of her drawing paper. His lips trembled, and he looked as if he’d cry at any moment. What had Clay done wrong that brought on rare tears and flowers? 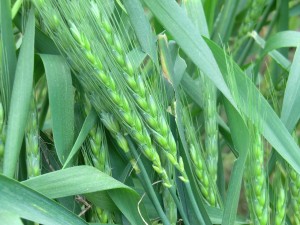 Studying his face for a clue, she accepted his guilt offering. Her fingers shook as she unwrapped a posy of … healthy green wheat.

To me, a man bringing flowers to his sick wife is nice, but a little cliché-like. Making this activity a red herring for his wife and the reader will liven up the scene. Their actions say a lot about them and their relationship.

What are other cliché-like activities?

← Prev: Actions Trump Thoughts & Feelings in Unveiling Character Next: How to Find the Amazing Word for That Thingy, Modifier, or Action →