“When I grow up I want to be a little boy.” —Joseph Heller 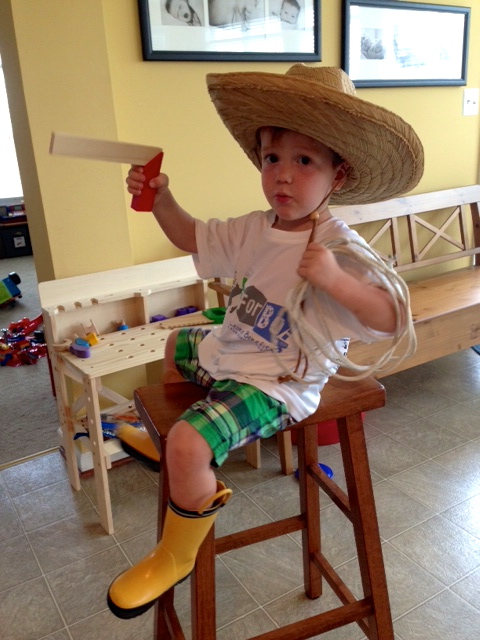 My grandson, the cowboy.

I think inner children get tired of waiting for their adults to consult them. They keep reminding their adults creativity peaks around age 5. But their adults ignore them.

It’s time to stop pretending your inner child isn’t there. For Pete’s sake, put her silly idea on your brainstorming white board. And before you knock on her door for help, read the sign taped askew there. “Eccentric geezers allowed. Irritable geezers keep out.” 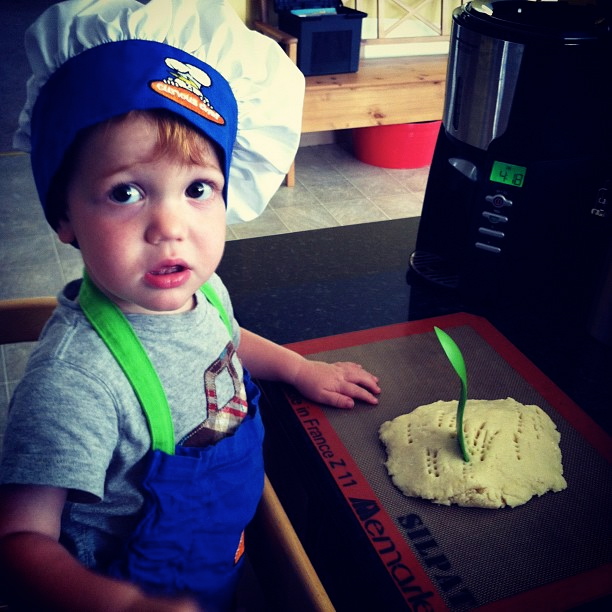 My grandson, the chef.

Think back to when your inner child was the outer child. Or peruse your record of the things your child said or did before he was relegated to inner child. Haven’t children come up with some doozies? To avoid punishment. To get what they want. To enjoy creative play. To bolster courage.

Okay, so adults see through many of these creative ploys. Still, children’s ideas are original. Imaginative. Artistic. And inventive. Children are free to come up with whatever idea enters their mind. At least until adults encourage them to think more rationally. Is that about age five? When they go off to school? Go off to be an inner child?

Example of a Child’s Doozy. 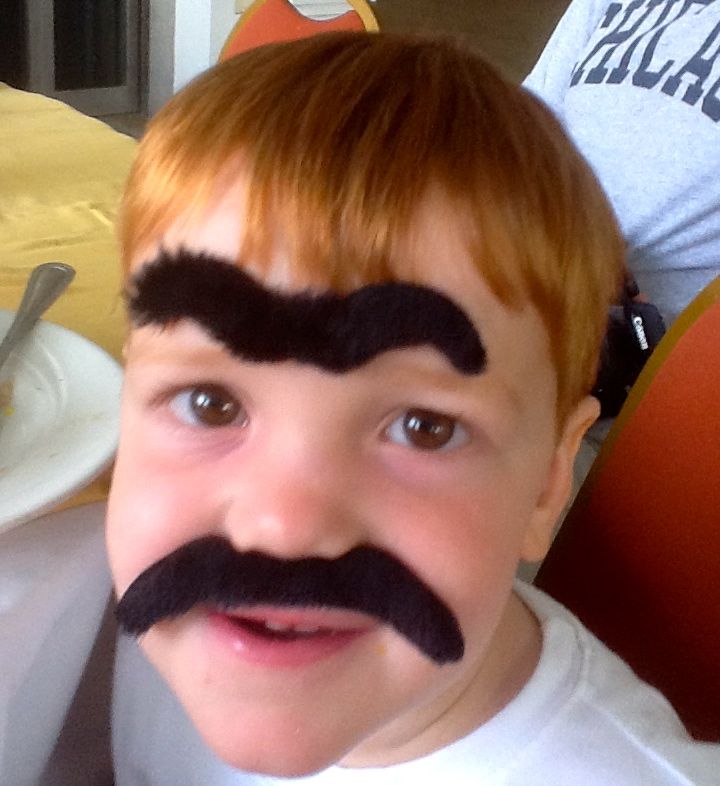 My grandson, a sneaky robber?

One evening, my three-year-old grandson came into the mudroom with me after a day at the river. He carried a toy jeep. We sat on the bench while I removed his muddy shoes.

His mom came in from the garage. As she passed through to the kitchen, she said, “Put the jeep in the toy closet and come upstairs to get ready for bed.”

My grandson glanced at the door to the garage and then leaned toward me. His eyes were large and earnest. He spoke in a conspiratorial voice. “I’d better put my jeep in the closet. A robber might come in and steal it. Robbers are very sneaky.”

I replied, “That’s true, robbers are sneaky, but we’ve never had a robber come into our house.”

Grandma’s take on her grandson’s doozy: He disliked his mother’s two directives: putting his toy away and getting ready for bed. He chose to come up with a creative way to obey his mother. 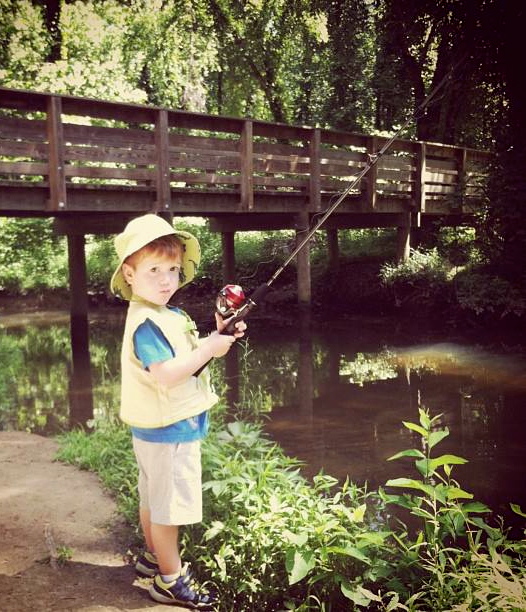 My grandson, the fisherman.

Grandma’s analysis of her response: My inner child delighted in the idea of hiding jeeps from sneaky robbers. Maybe I should hide my iPad before I went to bed. So, I affirmed his truth, but I also had a responsibility to my grandson. I didn’t want him scared when his mother turned the lights off. Afraid that robbers would come into the house.

You Can Juice-up Your Creative Work with “Sneaky Robbers”

My grandson, the protector at T-ball

2. Come up with a perfectly good solution.

3. Knock on your inner child’s door and ask her to come out to play.

4. Snicker together at the perfectly good solution.

5. Rest your head against your chair, close your eyes, and ask her what she’d do.

6. Use what she tells you, modifying only what is irresponsible.

The next time you’re looking for a good idea, think of sneaky robbers.

What idea suggested by your inner child have you had the courage to use?

← Prev: You Can Find the Creative Sweet Spot to Connect with Your Audience Next: Eight Tips to Help You Write More Words →