As a literary device, symbolism gives an object a dual meaning. It imbues the object with ideas or qualities that are profound, far-reaching, and different from the object’s actual physical meaning.

Symbolism can enrich, provide a better understanding of the story, and show it has broader implications than itself.

A common example is a dove symbolizing peace.

Creating Symbolism in a Story

Suppose Camellia wants to know who she is. She carries in her handbag the letter from her deceased grandmother, which reveals her parents’ names. She rereads the letter whenever she becomes discouraged in her search for her parents.

The letter becomes a symbol for the truth of her origin. It has profound meaning to Camellia. It also ties together the people she’ll interview and touch in some way during her search. It’s no longer only a letter. 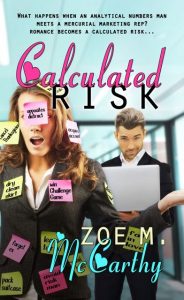 You can have an object appear several times in your story to associate an emotion or mood. In my romance, Calculated Risk, sticky notes symbolize Cisney’s way of trying to manage chaos in her life.

One example is when she’s heard bad news and wants to leave Nick’s house. She writes the bus’s departure time on a sticky note and adheres it to her cell phone. Most people would’ve used Notes or some other reminder app in their cell.

A story symbol will be understood in the context of how you set it up. You may have an apple show up in scenes to symbolize knowledge.

For ages, people have associated an apple with the forbidden fruit in the Garden of Eden that, when eaten, revealed the knowledge of good and evil. For me, an apple left on a teacher’s desk or the apples on Apple devices also symbolize knowledge.

Or an apple in your story could symbolize a favored one as it did in the Old Testament when someone was “the apple of his eye.”

Attaching Symbolism to Something Other Than Objects

Sometimes an action or an event can symbolize something. For example, saying, “I knew your Aunt Louise,” could let a fellow spy know others are safe to receive messages of national importance. In New Testament times when Christians were thrown to the lions, Christians drew a simple fish in the dust to subtly reveal they were Christians. These two actions symbolize revealing safe people.

Receiving Aid from Other Literary Devices

Other literary devices, such as a metaphors, similes, allegories, and allusions, can help create symbolism.

What symbolism have you noticed in a story?